If you’re looking for drama in the municipal bond market, a report by Moody’s indicates you’ll have to look elsewhere.

In other words, tax-free bonds continue to perform as generations of investors expect them to. 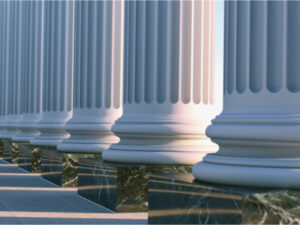 The study covered the 51-year period from 1970 through 2020. Of particular interest was the fact that although the economy slowed abruptly, there were no virus-related defaults last year.

“Municipal defaults and bankruptcies among Moody’s-rated issuers continue to be rare, even despite the pressures faced over the past year and a half driven by the unprecedented and wide-scale shutdowns,” Moody’s said.

“Overall, the municipal sector demonstrated continued resilience, benefitting from very healthy reserves, the ability to disconnect spending from revenues, broad federal assistance, and access to liquidity and the capital markets for restructurings.”

“Municipal ratings were relatively stable in 2020, compared to both corporates and the prior year,” the report said.

In the two years before the pandemic, muni credit quality was stabilizing, aided by growth and economic recovery in many parts of the country. Although COVID-19 slammed the brakes on growth last year, there were fewer rating changes during the year than previously.

In fact, rating volatility dipped, and there were about as many rating downgrades as there were upgrades.

Of course, munis do default, as Moody’s noted, and challenges exist in “substantial increases in pension and retirement health care leverage” as well as “associated heightened exposures to equity markets.

The bigger picture, however, is particularly illuminating.

There are more than 50,000 different state and local governments and other issuers in the $3.9 trillion municipal bond market. In the more than half century covered by the study, there were only 114 Moody’s-rated defaults representing about $72 billion.

Successful investors understand the role tax-free bonds play in their portfolio and select bonds that suit their objectives. They sleep well at night knowing their interest clock keeps ticking and they’re earning a dependable stream of tax-free income.