If Congress wants private dollars to help fund a massive investment in infrastructure, they have a funny way of showing it.

The tax exemption on private activity bonds, a key tool to leverage private funds for building hospitals, affordable housing, educational facilities and a host of other projects, would be cut under the tax overhaul plan passed by the House.

But removing the exemption is at odds with President Trump’s goal of leveraging $200 billion in public funds to incentivize “$1 trillion in private/public infrastructure investment” over 10 years, a vision laid out by administration officials six months ago. 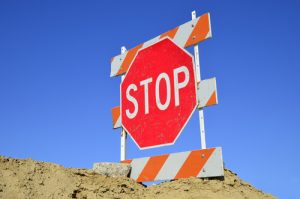 Meantime, government leaders across the country are speaking out on what the loss would mean.

Wiping out the exemption would have “devastating effects on the preservation and construction of affordable housing,” said Alishia Topper, a Washington state housing finance commissioner and local city councilor.

“That means nationwide and here in Washington state, thousands of affordable apartments will not be built if the House tax plan becomes law,” she said.

“Tax reform is important. But shouldn’t it encourage private investment that builds affordable rental homes, creates jobs and generates income, all at the same time — instead of cutting it off?”

“They’re extremely disappointed that at a time when the White House is focusing on infrastructure, they’re attacking the top tools that we use for economic development and infrastructure,” he said, according to the Washington Post. “I think there was a clear lack of awareness on what these bond provisions fund. They are starving our financing for airports, ports and affordable housing, at a time when this country needs to be investing in all of them.”

“At least 75 percent of all public infrastructure is financed by state and local government, so any federal legislation that diminishes the value or impairs the use of tax-exempt bonds should be carefully considered,” he said.

There is, however, some pushback by some members of the House to maintain the exemption on private activity bonds.

A letter signed by Rep. Randy Hultgren, an Illinois Republican, and 20 other Congressmen stressed the importance of tax-free debt financing.

“This change in policy contradicts the growing need of the federal government to rely more, not less on states and municipalities, as well as the private sector, to help finance needed infrastructure in a market driven, cost effective manner,” the letter said.

A version of the tax plan working its way through the Senate preserves the exemption, though we wouldn’t hazard a guess on what the final terms of such a bill would look like.

What is clear is that imperiling a financing tool to upgrade the country’s infrastructure isn’t a popular notion.