Beef Up the Municipal Liquidity Facility

Home > News and Perspectives > Beef Up the Municipal Liquidity Facility

The Fed’s muni-support effort to help state and local governments cope with pandemic-related costs – the Municipal Liquidity Facility – is drawing scant interest among issuers and should be beefed up.

The fiscal health of governments has a ripple effect throughout the economy, and maintaining it will speed up a broader recovery.

That was a key point discussed by lawmakers and economists at a Senate committee hearing last week, and we agree. 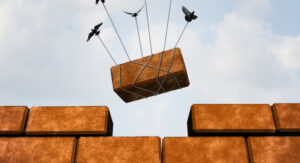 The Federal Reserve Board established the Municipal Liquidity Facility in April to directly purchase up to $500 billion of short-term notes from state and local governments. As of Aug. 31, it purchased two issues for a total outstanding amount of $1.65 billion.

Sen. Robert Menendez, (D-NJ), speaking at the Banking, Housing and Urban Affairs committee meeting, said the MLF has fallen short of its mandate.

“Many of us have been disappointed by the ineffectiveness of the Fed’s Municipal Liquidity Facility,” he said. “It would be a massive policy failure if we failed to get money into the hands of state and local governments.”

State and local governments across the country employ about 20 million people. Menendez warned that shrinking public coffers would lead to layoffs and the elimination of important services, which would serve as a “drag” on the overall economic.

“There will be a very substantial drag and that’s the headwind we face for the final two quarters of this year and it’s, again, dangerous for our economy,” Spriggs said. “State and local governments help to support so much economic activity. Even if they don’t cut more people, their cut in activity will hurt local businesses.”

Menendez advocated extending the maximum maturity period for bonds under the MLF, which currently stands at 36 months. He compared the current fiscal situation to the Great Recession and its long-lasting effects.

Since the program’s inception, the Fed has eased its terms.

Under the original measure, only counties with populations of 500,000 or more and cities of 250,000 or more could participate. In June, the Fed expanded eligibility to two cities or counties per state regardless of population.

Further, the central bank reduced the fees for using the program. Initially, charges for AAA issuers were 150 basis points and 590 points for below-investment-grade issuers. Last month the Fed reduced charges by 50 basis points in each credit category.

Still, only a small fraction of the credit has been tapped, and the terms are much less attractive than other lending sources. Other direct lending facilities provide credit at lower rates, with longer terms and the option to defer interest.

It’s important for the overall economy for state and local governments to be on sound financial footing. We support the MLF (“Leading Muni Insurer Earns Top Marks, Fed Watching”) but the Fed must respond to concerns over access to the program.

We invite our clients and friends to join us in our efforts and contact their local House and Senate members. The program will have negligible effects if its terms don’t make sense to its users.