Amid the scrum over Puerto Rico’s debt and bankruptcy filing, might an orderly restructuring process benefit municipal bondholders?

At least some analysts think so.

After protracted negotiations and a flurry of lawsuits, Puerto Rico’s financial oversight board filed a bankruptcy petition yesterday with U.S. District Court in Puerto Rico.

“From current revenues, the commonwealth and its instrumentalities cannot satisfy their collective $74 billion debt burden and $49 billion pension burden and pay their operating expenses,” the board said in a statement accompanying the filing.

The statement also cited the anticipated loss of $850 million in Affordable Care Act funds next year, the exhaustion of all public pension funding, a contracting economy and other factors it described as “staggeringly grim.”

The petition was filed under Title III of PROMESA, the law created by Congress last year establishing the oversight board and a process for restructuring Puerto Rico’s debt. Prior to the law, Puerto Rico and its public utilities weren’t permitted to file for bankruptcy. 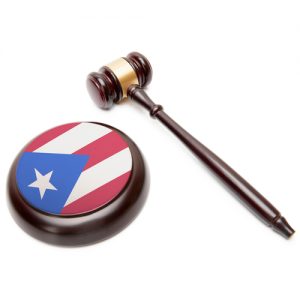 Among PROMESA’s provisions was a stay on creditor litigation. The stay expired Monday and was followed Tuesday by the filing of several lawsuits against the government. The board said the government’s vulnerability to such lawsuits spurred the filing, which extends the stay for 120 days.

As expected, analysis of the filing was varied.

An attorney for the general obligation bondholders, Andrew Rosenberg, said the filing derailed negotiations with the commonwealth.

“The Oversight Board has made every effort to sabotage consensual negotiations,” he said.

The oversight board denied it.

A light for Puerto Rico bondholders?

Others said the filing could bring order and some predictability to an otherwise messy process.

“Although a court proceeding will take considerable time and likely involve losses for all Puerto Rico bondholders, it will be an orderly process that should be better for creditors in the aggregate than a chaotic and uncertain period involving proliferating lawsuits among holders of the commonwealth’s numerous debt types,” said Ted Hampton, an analyst with Moody’s Investor Services.

Susheel Kirpalani, a lawyer for COFINA bondholders, whose bonds are backed by sales tax revenue, said the move “represents sound public policy and is a much-needed step forward on the island’s path to restructuring its debts in an orderly manner.”

The chairman of the oversight board, Jose Carrion, said the filing wouldn’t preclude negotiations.

“The Oversight Board continues to believe that consensual negotiations are preferable to the extent possible and will pursue them with all creditor groups willing to do so,” he said.