A Comeback for Direct-pay Muni Bonds?

Home > News and Perspectives > A Comeback for Direct-pay Muni Bonds?

Direct-pay muni bonds, which were a hit a decade ago, could be revived – with a twist – as part of a program aimed at funding massive infrastructure investments.

The bonds would be reminiscent of Build America Bonds, launched in 2009. The program lasted less than two years, but investors eagerly snapped up $181 billion of the bonds.

Under a bipartisan Senate bill reintroduced last week, a new class of direct-pay bonds would be created, American Infrastructure Bonds.

State and local governments would be authorized to issue these taxable bonds for any public-purpose expenditure that could be financed with tax-free bonds. Projects such as ports, bridges, roads, broadband, water systems and others would be eligible.

The federal government would pay 28% of the bonds’ interest to state or local issuers, hence the name “direct-pay” bonds. Although not tax-free, the bonds offer a more attractive interest return for investors and lower borrowing costs for issuers. 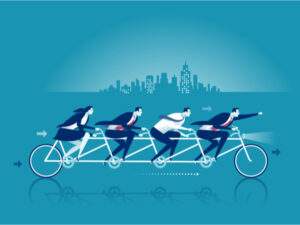 “To build an economy that delivers opportunity for all, we have to invest in 21st century American infrastructure,” Bennet said. “The American Infrastructure Bonds Act would help state and local leaders finance the much-needed projects that are critical to building stronger and more resilient communities.”

The higher interest rates offered by AIBs are expected to attract investors who don’t benefit from the tax advantages of tax-free bonds – institutional buyers, such as pension funds and insurance companies, as well as non-U.S. residents.

“This legislation would improve upon previous efforts to expand investment in the state and local bond market by increasing flexibility for communities and adding assurances for bondholders,” Wicker said.

Build America Bonds were introduced in the wake of the Great Recession as a way to help state and local governments regain access to the bond markets (“BABs Bolster Muni Bonds“). The federal government covered 35% of the interest payments.

Under the AIB bill, state and local governments can use the AIB program as they see fit and wouldn’t be constrained by a cap on allocation. Additionally, unlike BABs, the new bonds would be exempt from sequestration, increasing the confidence of both bondholders and issuers.

A raft of public officials and others across the country support the bill.

Winding through the legislative process

Other bills could still be introduced in the Senate, including one from last year that would reinstate BABs and advance-refunding bonds as well as expand the issuance of private activity bonds, according to The Bond Buyer.

A similar bill to the Bennet-Wicker proposal was introduced in the House earlier this month. It calls for a direct-pay subsidy starting at 42% and is subject to sequestration.

Along with various bills working their way through the legislative process, lawmakers continue discussions on an infrastructure bill.

We’re encouraged by the bipartisan support for both efforts, as are others.

Last month, a Bank of America report reviewed the prospects for the municipal bond market. It analyzed the potential of significant infrastructure spending. It took into account March’s stimulus plan, which included $350 billion in aid to state and local governments, and potential tax increases.

Analysts also considered the decision by S&P and Moody’s to revise their credit outlook for the state and local government sectors from negative to stable.

“The American Rescue Plan, along with President Biden’s forthcoming infrastructure plan, forms the basis of the golden decade that we expect for muni market issuers through 2030.”

For longtime municipal bond investors, that’s a pleasant affirmation. After all, they’ve been reaping the rewards of a steady stream of tax-free income for years. To them, it’s been a golden age all along.