A well-known family is adding to its municipal bond portfolio.

The heirs of Sam Walton, founder of Walmart, plowed more of their money into tax-free municipal bonds in the first quarter of 2022, according to Bloomberg.

The move was made by the Walton family’s investment firm, WIT LLC.

The world’s wealthiest family, whose total fortune is estimated at more than $200 billion, owns about half of Walmart stock. 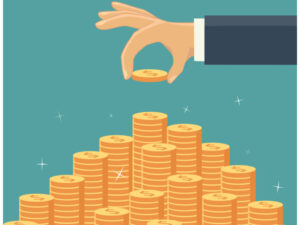 Waltons have plenty of company

Of course, the Waltons aren’t the only family increasing their position in munis.

Many longtime investors are adding to their holdings, just as they always do when funds are available.

Additionally, investors who’ve kept their cash on the sidelines waiting for yields to rise are finally jumping back into the market (“Rise in Muni Bond Yields Thaws Frozen Investors”).

The Federal Reserve, as it promised, is hiking short-term interest rates, thereby removing the burden for market-timers trying to guess the Fed’s next moves.

The challenge for those trying to read the Fed tea leaves is the ever-changing nature of financial markets.

In a point we made earlier (‘OMG, What Happened to My Municipal Account Values?’), there’s a good chance we won’t see higher rates for an extended period of time.

Previously when the Fed has aggressively raised rates, a recession or at least an economic slowdown has usually followed. This invariably leads to a decline in long-term interest rates.

Bonds, notes Bloomberg, serve as a “powerful hedge as the Federal Reserve’s aggressive tightening campaign threatens to spur a downturn in the business cycle that could ripple across global assets.”

Although higher yields have enticed many market-timers off the sidelines, the appeal of munis as a safe haven provides a powerful incentive for them to continue adding to their holdings even after interest rates ease – again highlighting the futility and costs of trying to outguess the market in the long term.

We don’t know what the Waltons were thinking when they added to their municipal bond portfolio. We can only guess that like many other families, they were attracted by relatively high yields.

Famous family or not, though, the goal of investing in municipal bonds is the same.

While the gyrations of equities provide excitement, the role of municipal bonds is to provide a peaceful night’s sleep – a sentiment, we are confident, that is universal.