Looking for a Flight to Municipal Bonds

Home > News and Perspectives > Looking for a Flight to Municipal Bonds

As the pandemic impacts government budgets, it’s a good bet income taxes will rise and with it, a flight to municipal bonds.

It’s a phenomenon we’ve seen before and expect to see again.

When the 2017 tax overhaul capped the federal deduction for state and local taxes at $10,000, we saw a surge in interest from investors seeking munis and tax-free income (“Tax Overhaul Fueling Muni Bonds Demand”).

Now, with the costs and revenues of public services hit by pandemic-related issues, leaders are contemplating tax hikes to make up the shortfall, and we expect munis to become more attractive yet again. 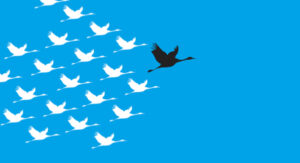 Efforts to close the gaps

In California, a highly publicized bill sought to partially close its $54 billion budget deficit by raising taxes on state residents earning $1 million or more per year. For those earning $5 million or more, the state marginal tax rate would top out at 16.8%. When factoring in federal taxes, these high earners would face a total marginal tax rate of 53.8%, the highest in the nation.

Alas, the plan fizzled, though we expect revenue-raising efforts to continue, perhaps at the federal level. Joe Biden has already promised to raise income taxes if elected. Just as they have in the past, we expect investors to flock to munis.

But residents of high-profile, higher-tax states won’t be the only ones seeking tax-free income. As we saw previously in the wake of the tax overhaul, residents across the country will be motivated to add to their muni holdings or jump in for the first time (“Muni Market Inflows from Unexpected Places”).

In a survey conducted by an asset management firm of its insurer clients, 15% said they increased their stake in municipal bonds, while 5% trimmed their muni investments, according to Bloomberg.

The moves come as taxable muni issuance has taken off and the Fed is buying corporate debt in an effort to support businesses during the pandemic.

Insurance companies are attracted to munis for the same reasons individual investors are: Munis offer higher yields with higher ratings and a significantly lower default rate compared with corporate bonds.

As usual, successful muni investors don’t pay attention to headlines or trends. They add to their holdings when funds are available and they find bonds that suit their objectives. Their focus is always on keeping that interest clock ticking.

In the decades we’ve been in the market, though, we understand there are special circumstances that arise and changes in tax policy that will spur a particular flight to municipal bonds.

At this point, we see that on the horizon.

For those investors who choose to guess if and when interest rates will rise, or try to predict the speed of economy recovery, they will miss out on opportunities as they have in the past.

After all, that’s why there’s more than $3 trillion in money-market funds earning next to nothing.