Muni Bonds Can Be Key in Infrastructure Investment

As debate begins over the Biden administration’s plan for a massive infrastructure investment, municipal bonds are on the minds of lawmakers.

While it’s unclear precisely how they might be used, history – and moves currently afoot in Washington – indicate munis could play a prominent role in financing the rebuilding plan.

Two House members reintroduced a bill that would restore tax-free advance refunding bonds, which were eliminated in 2017. The bonds help state and local governments save money and expand opportunities for investors.

“This is a complicated finance issue that has a simple end result – saving American taxpayers money,” Ruppersberger said in a statement.

“Municipal financing makes so much of daily life possible; from highways to telecommunications towers, municipal bonds allow for the delivery of services and connections for millions of Americans,” Stivers said. “By enhancing the status of tax-exempt bonds, we’re empowering state and local governments, and saving taxpayer money along the way.” 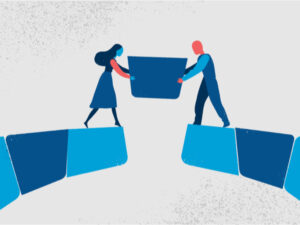 Unfortunately, the tax exemption was removed at the end of 2017 as part of the tax overhaul. It was intended to help offset the law’s tax cuts, but removal came at a steep cost.

Issuers were forced to refinance tax-free debt with taxable bonds, increasing their costs. And investors were disappointed as the supply of the popular bonds dried up.

As we’ve noted (“Reviving Advance Refunding Bonds”), a wide, bipartisan swath of public finance and other officials have strongly advocated reinstating the tax exemption. Although their public advocacy has so far fallen short, there are promising signs.

The Biden administration appears to back efforts to restore the tax exemption. During his confirmation hearing in January, Transportation Secretary Pete Buttigieg said he supports advance refundings.

“As mayor, few things gave me more fiscal pleasure than to find that we could save taxpayer dollars by refunding previously existing debt especially, since we do our accounting on a cash basis,” he said. “This holds a lot of promise for relief to local governments.”

More recently, he backed the use of private activity bonds.

PABs fund projects such as airports, toll roads, affordable housing and non-profit hospitals. They’re estimated to account for more than 25% of muni bonds sold. Currently, the use of PABs is capped at $15 billion.

Previous efforts to expand the eligibility of PABs went nowhere. Recently, though, Buttigieg remarked how private dollars could help finance public infrastructure and appeared to favor raising the cap.

According to the Bond Buyer, he told a committee last week “it would be a mistake to neglect the possibility of mobilizing private capital.”

Stirring on the municipal bond front comes as President Biden laid out his administration’s $2 trillion infrastructure plan. The bill didn’t mention municipal bonds but observers expect financing details will be negotiated in Congress.

Reinstating tax-free advance refunding bonds and expanding the use of private activity bonds are long overdue. Throughout their history, municipal bonds have played a key role in financing infrastructure investment and they’re just as vital today.