Odds are, the Fed won’t raise rates as much as expected this year.

But that could change.

After all, in the world of Fed watching, there are as many opinions as opinion-makers, a roller-coaster of conjecture that, for municipal bond investors, is as unhelpful as it is ever-changing. 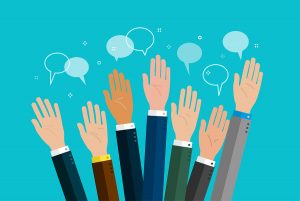 In one prognostication, yields on federal funds futures are declining, which in turn indicates a decline in the odds of a rate hike in June, from 60% earlier this month to about 44% now, according to Bloomberg. Investors see just one more increase this year, not two as expected.

While it’s never a good idea for municipal bond investors to base their decisions on reading the Fed’s tea leaves, it’s particularly perilous now, as gale-force political winds blow through Washington and economic data is rocky.

Muni investing and ignoring the Fed

In March, the Fed bumped rates .25% and signaled it would increase rates three times in 2017, fueling expectations of robust growth. But then, also in March, the consumer price index dipped for the first time in more than a year, while retail sales slumped and U.S. auto sales were the slowest in two years.

Of course, the Fed looks at a wide variety of factors and timeframes when assessing possible moves. Plus, futures traders aren’t infallible. For example, about two weeks before the Fed’s March meeting, they pegged the odds of a bump at less than even. Perhaps they’re wrong again. Or not.

The bigger picture for muni investors

Consider the plight of Fed-watching municipal bond investors still stockpiling cash in negative-yielding money-market funds with the belief that a yield bonanza is just around the corner. Not only have they missed out on years of tax-free income, they’ve overlooked a fundamental point about the Fed.

The Fed only controls the shortest of rates. What’s more, raising short-term rates can sometimes push down long-term rates and flatten the yield curve. We saw this phenomenon last month when, after the Fed bumped rates, 30-year yields declined.

Rate hikes are usually designed to cool inflation in an overheated economy. But in our current slow-growth, low-inflation environment, the aim seems more of an attempt to “normalize” rates. In other words, they seem too low.

Which raises the question, what if low inflation is the new “normal”?