After surging 7% last year, Citigroup Inc. expects muni market returns of more than 8% in 2020. Though other analysts have predicted more modest gains, the market kicked off 2020 in grand fashion, with munis gaining 1.8% in January, the biggest one-month jump in six years, according to Bloomberg. 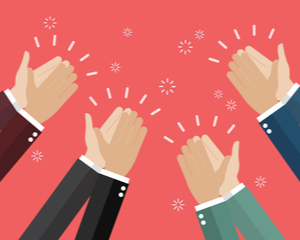 Muni market returns and what they mean

Voracious demand is fueling the rise, fed by a stampede to safety amid the coronavirus outbreak and despite relatively low yields.

“The ongoing intense, prolonged rally, has lead to gluttonous demand for tax-exempt paper, which has engendered strong performance, and is leading to more gluttonous demand,” the Citigroup analysts said.

For individual investors, the implications of strong muni market returns are twofold.

First, they crack a smile when they open their account statements: The market value of their munis is swelling.

Second, investors parking their cash in money-market funds while anticipating an imminent, sharp rise in yields have been terribly disappointed. And the outlook for their wait-and-see strategy looks poor.

As we recently discussed (“State Revenues, Fundamentals Behind Muni Ardor”), states’ revenue has been steadily growing since the Great Recession. Also, muni bonds continue to be highly rated while muni bankruptcies are rare. And, it turns out, credit ratings may actually be underestimating the strength of munis.

Strength of munis vs. corporates

In a report on efforts to comply with the Dodd-Frank financial reform law, the Bond Buyer looked at the differences in default risk between same-rated corporates and municipals. It found widespread disparities, despite the law’s mandate that agencies apply consistent procedures to weigh the default risk.

The upshot? AA-rated corporate bonds were almost 15 times more likely to default than munis with the same rating.

In 2018, B-rated munis had a zero default rate, while corporate bonds with the same rating defaulted at a rate of 0.55%.

Further, from Jan. 1 to June 30, 2019, investment-grade municipal bonds had a zero percent rate of default, while the same-rated corporate bonds had a 0.09% default rate, the Bond Buyer reported.

Officials noted the difficulty of narrowing the disparity, but acknowledged a reality that longtime muni investors know well.

“I’m surprised by the magnitude of the difference, but then again … my world is the muni world so it doesn’t surprise me that we’re underappreciated,” Ben Watkins, director of the Florida Division of Bond Finance, told the Bond Buyer. “Underappreciated in the sense that I just think fundamentally, municipals are, over the long term, a much safer investment than their corporate counterparts with a similar rating.”

For municipal bond investors, stellar muni market returns are a nice bonus but not their primary objective. They want a steady, reliable stream of tax-free income built on a strong foundation.