Feeling a bit of whiplash from the March to May muni market volatility?

The market surged 3.18% in May, according to the Bloomberg Barclays Muni Bond Index, and the largest exchange-traded fund tracking municipal markets gained more than 1%.

Last month’s performance was a stunning turnaround from March when the market dropped 2.98%, and April, when it fell 1.38%.

During those months, investors shed all types of securities. For muni investors, the sharp drop in the market value of their bonds was difficult to stomach. 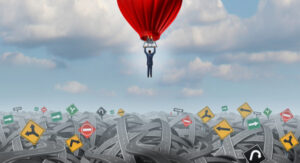 With the nationwide lockdown, a doomsday scenario was easy to imagine. After all, municipal bonds are loans for developing community assets, such as hospitals, airports, and universities, and revenue from those institutions was drying up.

At the same time, income taxes, hotel room taxes, and a host of other revenue-producing avenues for state and local governments were decimated, while government expenses rose.

But a closer, longer-term view paints a different picture.

Since the Great Recession more than a decade ago, state finances have generally improved (“State Revenues, Fundamentals Behind Muni Ardor”) and were relatively strong when this latest fiscal storm arrived.

“Heading into this economic suspension, states as a whole were in very good shape. They did a good job of rebuilding their rainy-day funds,” Jeffrey Lipton, of Oppenheimer, told CNBC.

“On average, among all of the states, reserves and rainy day funds approximate about 7.5% of budget…The economy was growing rather strongly; sales tax receipts, income tax receipts were rising so they were able to set aside meaningful dollars in their reserve funds.”

Further, state and local governments have an important and unique tool at their disposal: They can raise revenue to cover shortfalls.

Credit rating is meaningful to leaders

To be sure, there are still a host of threats to the fiscal well-being of issuers, and we expect continued muni market volatility.

But we can’t overstate the value of municipal bonds as a key tool for economic growth, a fact reflected by the importance state and local leaders place on the credit rating of their governments.

There’s a reason why only a small fraction of munis have defaulted over the years. Long-time municipal bond investors know this.

Although they’re not cavalier about muni market volatility, they understand the value of their bonds on any particular day isn’t the point. It’s the underlying strength of their security and the steady stream of tax-free income they reap.

Know what you own. Understand how and when you’ll get paid. Look for quality first, then yield.

These have always been what’s most important to successful municipal bond investors and always will be.