Now We Know The Cost of Muni Market Timing

Can you time the municipal bond market? Are you waiting for just the right moment when you’re confident yields are at their peak or have bottomed out?

For investors who fancy themselves clairvoyants, we have sobering news: You’re not. And if you try, it’ll cost you. 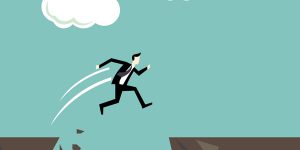 The perils of trying to time the muni bond market

In a recent study, Morningstar took a look at the gap between official total returns of municipal bond funds and those actually experienced by investors.

Morningstar calculated what individual investors earned after buying and selling their open-end municipal bond funds and compared it with the funds’ overall performance.

It found the asset-weighted return for individual investors moving their dollars in and out of open-end funds was 2.23% for the 10-year period ending March 31, 2018, vs. a 3.49% average return for the funds themselves.

That means market timers over the past decade sacrificed more than 50% of potential returns.

Fueling investor liquidations, Morningstar said, were “headline scares” – news that drove “investors away from munis at the wrong time.”

A now-infamous example cited in the study was Meredith Whitney’s prediction in late 2010 of widespread muni defaults. Her remarks, during an appearance on “60 Minutes,” proved wildly inaccurate but helped send the muni market into a tailspin.

Investors who stayed the course during the turmoil were well rewarded, while those who fled the market missed out on significant opportunities (“Thanks, Meredith”).

“You had the Meredith Whitney ‘60 Minutes’ interview, predicting mass bankruptcies in Muniland or mass defaults, and that scared people even though it was a ridiculous prediction,” said Russel Kinnel, Morningstar’s director of manager research, according to Bloomberg.

When is a good time to invest in the muni market?

Morningstar’s study focused on municipal funds, but it’s safe to assume the same disappointing results parallel those who invest in individual bonds.

In our many years serving municipal bond investors, the most common question clients ask us is, “When is a good time to buy bonds?”

This implies, of course, that it’s possible to time the market, that we know the magical time when yields are at their highest.

Our answer is always the same: Buy when investment dollars are available. Look for quality, then yield. No one has accurately timed the market with sustained success, and investors who try, pay a price.

Now we know how much.