Here’s a way to bypass the standoff over aid to state and local governments: Restore advance refunding bonds.

It’s a sensible approach that has earned bipartisan Congressional support to help relieve debt pressure on issuers and steer clear of the wrangling in Washington over pandemic-related aid. 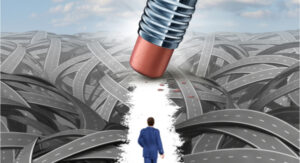 The tax-free feature of advance refundings was removed as part of the tax overhaul in 2017, which effectively eliminated the bonds.

It was a bad idea and has been criticized by members of Congress, a cross-section of state and local government finance leaders and other officials from across the country.

From 2012 to 2017, more than $475 billion advance refunding bonds were issued, which saved taxpayers an estimated $14 billion, according to the National Association of Counties.

Prior to their elimination, they comprised about a third of the municipal bond market.

“The coronavirus outbreak has placed enormous pressures on state and local governments,” said Sen. Roger Wicker (R-Miss.), who introduced the bill to restore advance refundings in the Senate.

“At a time when interest rates are at historic lows, Congress should allow our local governments to seize this opportunity and pass along savings to their communities.”

BABs, introduced in 2009, were taxable munis that, naturally, carried a higher interest rate than tax-exempt bonds. But the federal government reimbursed more than a third of the interest expense to issuers, thereby lowering the net interest cost to municipalities.

The bonds were a hit with investors and performed as intended, as municipalities were able to borrow at a lower net interest cost. More than $181 billion in BABs were issued, spurring public works projects and helping to stimulate the economy battered by the Great Recession.

Unfortunately, the program, which began in 2009, lasted only 20 months, a victim of sequestration. So far, subsequent efforts to revive the program (“Pols Push for BABs”) have failed.

Given the widespread support of advance refundings and their prominent place in the market, it was astonishing they were eliminated.

It’s time to sidestep the gridlock and help ease the financial pressures caused by the COVID-19 pandemic.