State and Local Finances Closer to a Boost

State and local finances challenged by the fallout of COVID-19 should be getting a $350 billion boost.

The funds are part of the $1.9 trillion American Rescue Plan being considered by the House for final approval and then would go to President Biden for his signature. 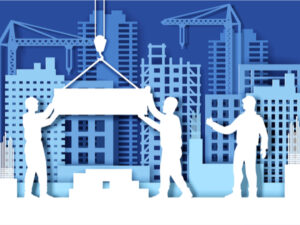 Since the onset of the pandemic, tax revenues for most state and local governments have taken a hit and they’ve been forced to lay off 1.3 million workers. Among the 901 city governments surveyed by the National League of Cities in November, 69% reported their revenues had been “negatively impacted.”

Michael Wallace, of the National League of Cities, said jobs losses continue to mount as state and local finances come under pressure.

“Local governments are still laying off city workers to free up funding for urgent expenditures related to COVID-19, and to balance budgets amidst declining revenues,” he said, according to The Bond Buyer.

While the pandemic and ensuing recession have “dramatically reshaped state economies and budgets,” the Urban Institute said, the effects vary significantly among states.

State and local finances differ across the country

Last spring, the National Governors Association, chaired by Gov. Larry Hogan (R-MD) and Gov. Andrew Cuomo (D-NY) warned of the prospect of “significant reductions to critically important services all across the country.”

Within a few months, however, the worst prognostications weren’t realized (“Muni Market Comes Full Circle“) and revenues rebounded in many states. As it turned out, across all states total revenue was down an average of just 1.8% from last April through December vs. the same period in 2019, according to the Urban Institute.

A Moody’s Analytics study said 31 states were able to fully absorb the economic fallout of the pandemic, while another report, by J.P. Morgan, said revenues in 2020 were “virtually flat” compared with 2019.

Ultimately, New York was hit with a 4.1% drop in revenue from April through December of last year compared with the same period the year before, but Maryland’s collections ticked up slightly.

New Jersey initially predicted calamitous shortfalls, though revenues were down just about 2.4% during the “pandemic period.” The state did, however, borrow $4 billion to cover basic operating costs.

Researchers say the current recession has been significantly different than other downturns.

Data shows federal supplements of $600 per week were a big help to states. These payments, along with state unemployment benefits, enabled recipients to keep spending and states to continue collecting sales tax revenue.

Nevertheless, challenges remain. Variants of the virus may emerge to disrupt the recovery and associated costs may emerge. Also, state revenues don’t reflect the financial picture of local governments, which provide important services and are financially vulnerable.

What’s clear is that aid during the pandemic has helped people as well as state and local finances. The relief included in the aid package under review makes sense.

We will continue to closely monitor developments.