A record-setting flood of municipal bond redemptions is expected to meet head-on with parched inventory this summer.

For veteran municipal bond investors, there’s no concern. Market timers, however, are about to see their lingering headache get worse.

More than $125 billion in redemptions are expected during June, July and August, beating the previous record of $117 billion in 2015, according to The Bond Buyer.

At the same time, issuance is expected to weaken. In 2016, more than $108 billion in municipal bonds were issued from June through August, while this year’s three-month total should drop to $92 billion. 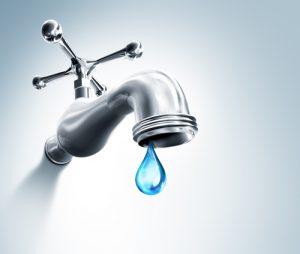 Roots of muni redemptions go back to 2007

Analysts trace the substantial number of redemptions this year to the 10-year call provisions on a deluge of bonds issued back in 2007, when issuance totaled almost $430 billion, just shy of a record.

June is expected to see about $44.5 billion in redemptions, with at least $40 billion in both July and August.

Normally, issuance picks up in June, though that’s not expected this year. In fact, issuance is down for the entire year. Some analysts attribute the dearth of inventory to issuer uncertainty over tax reform legislation; concern over what, if anything, the Federal Reserve might do; and political concerns engulfing the White House.

Given the net market supply in June, the muni market should shrink by $21.56 billion, with redemptions from issuers in New York, California, Florida, New Jersey and Georgia leading the way, analysts told The Bond Buyer.

California will account for about $33 billion in called and maturing bonds over its redemption season, from May to September, up from its previous five-month record in 2013 of $30.27 billion.

New York will also set a record for redemptions, with about $10 billion in called and maturing bonds due in June alone, a bump of $2.5 billion from its previous record set in 2015.

Healthy demand to continue for munis despite redemptions

Investor appetite for munis is strong. As we discussed (“Would Trump Tax Plan Sink Municipal Bonds?”), there’s no evidence that talk of tax reform is diluting their appeal. On the contrary: with upcoming bond calls, coupon payments and maturing securities, we expect to demand to accelerate.

For veteran muni investors, redemptions aren’t an issue. They regularly research options on where to deploy their cash, making sure they seamlessly continue (and often enhance) their steady stream of tax-free income.

Market timers, on the other hand, will continue to be disappointed. These investors, who’ve parked their cash for years in money-market funds waiting for yields to spike, not only turned off the tax-free income spigot, but they also face a particularly stark reminder of the folly of trying to outguess the market.

After all, with an impending collision between tight supply and rising demand, where can yields possibly go?