Separate efforts to both expand and eliminate a municipal bond relief program may seem at odds, but a closer look draws into sharp relief a deeper truth about the 200-year-old muni market.

As the U.S. economy strives for traction amid the worldwide pandemic, municipal bonds can be a key part of the recovery. 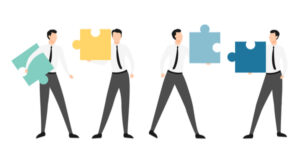 Consider two recent initiatives. One was buried in the Heroes Act, the $2.2 trillion coronavirus relief package passed last month by the House. The bill’s prominent features included a wide range of aid for individuals, businesses and state and local governments effected by the pandemic.

Another provision, however, received much less attention. It called for enhancing the Federal Reserve’s Municipal Liquidity Facility.

The MLF was created last spring to calm the jittery municipal bond market as the pandemic unfolded. It provides government borrowers financing for up to three years at interest rates based on the issue’s rating. To date, only two entities have borrowed through the program, as MLF interest rates are generally higher than market yields.

Heroes bill and the muni market

Under the Heroes bill, borrowing from the MLF would be significantly more attractive. The bill calls for raising the maximum loan term from three to 10 years and charging 0.25% interest for all government borrowers, regardless of credit rating.

At least one commentator, writing in The Hill, said this provision would effectively end the municipal bond market. After all, 0.25% is lower than issuers can borrow for 10 years. For longer-term bonds, borrowers could simply refinance after 10 years.

In our view, the measure is unwise and has little chance of becoming law. But the idea raises an important question: Does the state of the municipal bond market require a radical shift?

With a miniscule default rate, municipal bonds have served both issuers and investors remarkably well for two centuries. The muni market plays an integral role in financing critical U.S. infrastructure, which accounts for its widespread, bipartisan support across all levels of government.

Unrealistically low interest rates could encourage reckless spending, and in the event of default, taxpayers would foot the bill – an unappealing prospect.

Treasury Department to end the MLF

Notwithstanding the House bill, the Treasury Department announced this week the MLF will be discontinued as scheduled at the end of the year.

Supporters of the program decried the move, saying even in its current state, the MLF provides assurances in an emergency.

Others, though, contend the municipal bond market is healthy and the MLF is unnecessary.

For example, despite a wave of debt issued last month, muni prices remained firm. Two issuers, New Jersey, and Suffolk County, New York, contemplated borrowing from the MLF but instead borrowed in the public markets, according to Bloomberg.

Though the two initiatives – one to expand the MLF, one to end it – are seemingly at odds, they’re both based on a bedrock fact: The municipal bond market does its job.

Indeed, there are sensible ways to boost the role of the municipal market going forward.

Perhaps the new presidential administration will expand the use of municipal bonds in financing its infrastructure initiatives. Taxable Build America Bonds, introduced in 2009 as the economy was struggling to recover from the Great Recession, were a hit with both borrowers and investors and may be used again.

It also makes sense to bring back advance refunding bonds, which lower borrowing costs for issuers (“How to Fuel the Nation’s Economic Recovery”).

Through more than 50,000 issuers, the $3.8 trillion municipal bond market has been responsible for financing schools, hospitals, highways, bridges and a host of other critical public needs for more than two centuries.

The market works and despite minor distractions, we expect that to continue.