What Muni Investors Should Know About The New Fed Head

Wondering what will happen to interest rates once the new Fed chairman takes over?

It’s a question many bond market watchers are asking in the wake of the president’s nomination of Jerome Powell to succeed Janet Yellen.

Predicting the direction of interest rates isn’t just a popular – though ultimately futile – exercise. It’s a complicated one, too.

Though Yellen has targeted a 2% inflation rate as the signal to lift interest rates, the slow-growing economy hasn’t cooperated. The Fed has raised rates twice so far this year, but the bumps were paltry – a quarter of a point – and they now stand at a range of between 1% and 1.25%. The last hike, in June, marks only the fourth time the Fed has raised rates in the last decade. 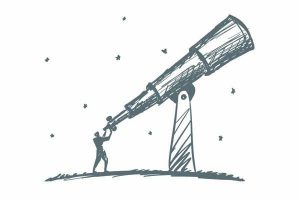 For municipal bond investors who keep their cash on the sidelines while continually waiting for rates to jump significantly, it’s a problem. These investors have passed on generating tax-free income – the primary goal of muni investing – and still lack clear direction on where rates will go (if they change at all), when  and by how much.

With Powell set to take the reins in February, many wonder whether he, too, will share Yellen’s fervent goal to raise rates.

We’re not sure, but the yield curve is giving us a hint.

Today, the spread between the 10- and 2-year Treasury yields is at its slimmest margin since November 2007. In other words, the yield curve is flattening, with short- and long-term bond yields nearly equal.

How the Fed will proceed under Powell is impossible to know. The Fed’s goal is to raise rates three times next year, but a flat yield curve, widely regarded as a precursor to an inverted yield curve and recession, is a red flag and a warning to investors trying to time the market that long-term rates may actually head lower.

Despite this persistently low interest rate environment, muni investors can feast on tax-free AA insured bonds paying 3.50% at 100.00. That’s equivalent to 6.18% on a taxable security for investors in the top tax bracket and 4.86% for those in the 28% tax-bracket.

For municipal bond investors, it’s not important who’s leading the Fed, or where rates will go or even the future direction of the yield curve.

It’s a lot simpler. It’s about the folly of sacrificing tax-free income, while trying to guess the unknowable, when the cost of waiting is so dear.