How Will the Election Affect the Municipal Bond Market?

Home > News and Perspectives > How Will the Election Affect the Municipal Bond Market?

As the presidential and other races wind down, we’re often asked, how will the election affect the municipal bond market?

While we certainly can’t predict the outcome, we are studying a range of scenarios. 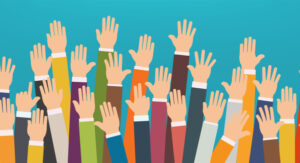 Competing packages to shore up governments

In late March, as the pandemic began hitting state and local government budgets, Congress and the administration came through with $150 billion of direct aid via the CARES Act. Although there’s now widespread agreement on the need for further assistance, it’s anyone’s guess if – and when – that might happen.

Earlier this month, the House passed a stimulus bill that included $436 billion for state and local governments. The administration, however, countered with a proposal that called for $250 billion in relief.

For now, talks appear stalled, and most analysts don’t expect a deal until after the new year.

Should Trump win a second term and there’s less aid for state and local governments, it may motivate local leaders to raise taxes, which generally spurs demand for tax-free income.

A Biden victory, on the other hand, would likely mean more federal aid, which in turn would strengthen muni credits.

Taxes and infrastructure in a new term

In light of the federal deficit, most analysts say taxes are likely to stay about the same in a second Trump term.

Biden has promised to raise taxes on corporations and among the highest earners.

Should Trump win, we see little effect on the muni market. If Biden prevails and taxes rise, we’ll likely see a stronger appetite for munis.

Both candidates support infrastructure programs, which is generally a win for the muni market. Tax-free and taxable bonds are essential financing tools for schools, hospitals, water plants and other essential public services.

The question is, how would these programs be financed? Tax-exempt bonds? The reintroduction of taxable Build America Bonds? A combination of both?

It’s difficult to conceive of a major infrastructure initiative that wouldn’t involve the issuance of municipal bonds.

Several other issues could be in play next year. Perhaps the $10,000 cap on state and local tax deductions would be revised. When the cap was first imposed, we saw an uptick in muni demand.

Of course, it’s not only the presidential race we’re watching. Congress controls the federal purse strings, so House and Senate races will also impact spending and the muni market. Down-ballot races are important, too, as state and local leaders determine local budgets, provide services and issue tax-free bonds.

Will the election affect the muni market? The principle’s the point

In the short term, there may be market volatility over uncertainty on a second round of fiscal stimulus. For buy-and-hold investors, it’s a non-issue, though sometimes unusual market forces yield unusual opportunities (for example, “Coronavirus Fallout and the Municipal Bond Market”).

Regardless of how these issues turn out, the more than 100-year-old muni market will continue to thrive. Municipal bonds serve an important public purpose and they’re gobbled up by investors.

While it’s our job to stay on top of developments and assess whether the election will affect the municipal bond market, we don’t expect a dramatic effect for individual investors.

Our continuing analysis does, however, underscore the principle of success that five decades in the muni business has taught us: Keep your interest clock ticking. Invest when funds are available and look for quality first.

There’s no guesswork required and you win either way.