While plans to fix roads and bridges made headlines, a more obscure provision in the Senate’s infrastructure bill will help turn those ideas into reality: Expanding the use of private activity bonds.

Within the roughly $1 trillion bipartisan infrastructure bill Senators approved Tuesday, they agreed to expand the use of public activity bonds for broadband and carbon capture projects and doubled the highway private activity bond authority from $15 billion to $30 billion.

We applaud these moves. Municipal bonds have played a vital role in financing public works projects for more than 100 years, and it makes sense to enhance their utility now. 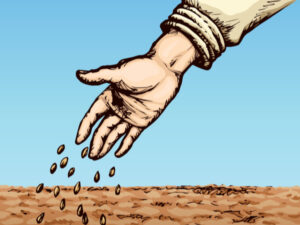 PABs are tax-free municipal bonds used to attract private funds for projects that have some public benefit. They were established in 1968 and initially covered 12 eligible activities. Since then, the number of eligible activities has more than doubled.

As part of the new infrastructure bill, Senators agreed to the Carbon Capture Improvement Act. Its goal is to make it cheaper, through the use of PABs, for power plants and industrial facilities to acquire equipment that reduces harmful carbon emissions.

The bill also enables PABs to be used to deploy broadband in areas where availability and quality is limited.

Further, the bill increases the cap on PABs used to finance surface transportation infrastructure, such as repairing and rebuilding the nation’s roads and bridges.

We think the bill is a good start in expanding the use of municipal bonds and agree with those seeking additional ways to use them.

“This is a huge step for a very significant piece of legislation,” said Charles Samuels, according to the Bond Buyer. Samuels serves the National Association of Health & Educational Facilities Finance Authorities.

There are, however, additional ways lawmakers can expand their use.

“What we have to do is take advantage of any other opportunities in this Congress for advance refunding, small borrowers and useful direct pay bond options,” he said.

As we’ve said (“Muni Bonds Can Be Key in Infrastructure Investment”), Congress should, for example, reverse its decision to eliminate the tax exemption on advance refunding bonds.

Advance refunding bonds enable state and local governments to refinance their debt and lower their borrowing costs. They can take advantage of favorable interest rates by issuing new bonds to retire outstanding issues with higher rates. Unfortunately, the exemption was eliminated in 2017 to offset tax cuts in the massive tax overhaul.

We would also like to see the reinstatement of Build America Bonds and concur with Scott Minerd, a co-founder of Guggenheim Partners, who has publicly advocated bringing back an expanded version of direct-pay bonds.

Accelerating use of munis

Despite decades of success, support for municipal bonds among leaders in Washington is unpredictable. Just four years ago, some in Congress called for eliminating PABs altogether. Previously, there were rumblings of eliminating munis altogether.

These positions are hard to fathom given the support municipal bonds enjoy from a cross-section of rank-and-file lawmakers, government finance officials and, of course, investors.

There’s an opportunity right now to launch much-needed public works projects. Borrowing costs are historically low and investors’ appetite for tax-free bonds is high. We encourage Congress to continue their effort to expand the use of these important financing tools.