Investors are flooding the municipal bond market, yet pundits still say investors should seek short-term bonds or leave cash on the sidelines.

Their advice is based on bad arithmetic and the notion they can predict the future. They’re omitting key points, however, that will likely cost investors who once again heed their advice. 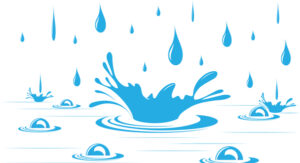 These pundits are emerging because of the attention drawn to the massive inflows into munis. So far this year, investors have poured a net $39 billion into municipal bond funds, the most since 2008.

It’s easy to see why.

State and local government finances are generally emerging from the depths of the pandemic a bit better than expected. Revenues dipped but didn’t collapse (“State and Local Finances Closer to a Boost”). In addition, their budgets were boosted by $350 billion in aid from the American Rescue Plan, approved in March.

But there was encouraging news even earlier, prior to large-scale U.S. vaccination efforts. Issuers seeking to lower their borrowing costs began using bond insurance at an increasing clip, and the leading muni insurers earned top ratings (“Insurers Healthy as Muni Bond Insurance Blooms”).

Overall, muni investors like what they’re seeing, pushing the return on tax-free bonds above Treasuries for seven consecutive months through April, the longest streak since 2014. So far in 2021, investors have added more than $28.8 billion to muni funds.

Amid this enthusiasm is a persistent message among many commentators that interest rates are on the cusp of spiking (sound familiar?). Therefore, they recommend, investors should either park their money on the sidelines or invest in short-term bonds – rather than better-yielding long-term munis – until rates rise.

Of course, they don’t mention when rates might rise or by how much. Nor do they let on that investors will never recoup the tax-free income they forego waiting for rates to change.

These are important omissions and indicate a fundamental misunderstanding of the appeal of tax-free bonds and how investors succeed.

Long-term investors who buy individual issues don’t focus on day-to-day market “performance.” They understand the market value of their bonds may fluctuate, so it’s largely immaterial. They look for the peace of mind that comes with knowing their principal will be returned when their bonds mature or are called, and they’ll earn a steady stream of tax-free income until then.

Successful investors are those who, at the onset of the pandemic last year, stayed the course when others were panic-selling. They filter out the horse-racing perspective of pundits, whose short-term orientation is anathema to sound muni investing.

There are a lot of reasons to be an enthusiastic municipal bond investor. But peace of mind – and a dependable flow of tax-free income – are at the top of the list.