Anxious municipal bond investors hanging onto the Fed chief’s remarks heard more of a siren song than a signal to buy.

It’s true Jerome Powell thinks conditions are ripe for potentially four interest rate hikes this year. In his first hearing as Fed chairman, he told the House Financial Services Committee last month that U.S. employment is strong, inflation is closing in on the targeted 2% and global economies are strengthening, with increased fiscal stimulation.

“Economists said the signal was clear,” Bloomberg reported. “The economic outlook is improving, and the chairman used the testimony to invite policy makers to reassess their December forecast for three hikes this year.”

To those municipal bond investors who’ve parked their cash in money-market funds waiting for yields to rise, the assessment seems promising. But there’s more to it. 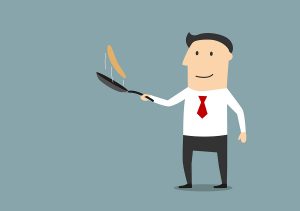 What some muni investors overlook is the fact that the Fed can only affect the very shortest of interest rates. Long-term rates are determined by market forces, the buying and selling of Treasury bonds.

Before the Fed embarked on its tightening strategy by incrementally raising short-term rates, we suggested the result would be a flattening of the yield curve, rather than a surge in long-term rates, as the pundits expected (“What Muni Investors Should Know About the New Fed Head”).

Indeed, the yield curve has flattened with only the mere threat of future hikes in short-term rates.

Think of it: while long-term taxable treasuries are yielding 3.05%, municipal bond investors are taking advantage of AA-rated insured bonds with rates as high as 3.50% tax free. That means an investor in the highest tax bracket would have to earn a taxable yield of 5.83% to receive the same net return, while an investor in the 28% tax bracket would need to earn a taxable yield of 4.86%.

Investors waiting for that unknown, magical day to jump back into the municipal market can’t make up the stream of income they are sacrificing. No remarks, from the Fed chairman or anyone else, can help investors recoup that cash.