Many longtime municipal bond investors glancing at their monthly statements are seeing the market value of their bonds soar.

For most, it’s not important. They understand that market values fluctuate. Sometimes their bonds may be worth more than their purchase price, other times less. What’s key is that their principal will be returned and, in the meantime, they maintain a steady stream of tax-free income.

These are buy-and-hold investors. They subscribe to the simple, successful and time-tested strategy that has worked for generations of investors.

But are there special circumstances where it might make sense for investors to sell their bonds before they’re called or mature? These days, it’s a question we’re often asked. 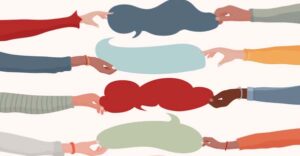 Why muni bond values are on the upswing

To examine this further, let’s look at why muni bond values are climbing (“Battered State Rebounds Amid Demand for Munis“).

That’s easy: Investors are stampeding into the market. For example, muni exchange-traded funds have attracted $14.5 billion so far this year, exceeding last year’s total of $14.4 billion and the highest since 2007, according to Bloomberg.

Municipal bond mutual funds, too, are sizzling. They have pulled in cash for 25 consecutive weeks, and added $1.87 billion during one recent week, Bloomberg said.

Further, prices continue upward even as outstanding debt climbs – by more than $100 billion in the year ended March 31, the Wall Street Journal reported. In fact, analysts estimate issuers could sell about $89 billion more in bonds before prices meaningfully budge.

When it makes sense to sell

In the current market environment, it would make sense for investors who’ve suffered capital losses in other portions of their investment portfolios to sell some of their munis. They can then offset those losses and replace their old bonds with new ones at current rates.

For investors who understand history, the decision to replace their old bonds is easy.

They’ve heard the constant refrain, beginning in the 1980s, that “the bull market in bonds is over!” Decade after decade they’ve listened as the soothsayers proclaimed an imminent sea change in the bond market and they’ve been wrong for 40 years.

Successful investors ignored these cries and reinvested when they had the cash. Those who followed the oracles and parked their cash on the sidelines waiting for yields to rise have been terribly disappointed. Not only have rates not risen for a sustained period of time, but these investors committed the cardinal sin of municipal bond investing: They didn’t keep their interest clock ticking.

Instead of working, their funds were sleeping in money-losing money-market funds.

The decision, then, for some bondholders to cash in makes sense. They can capture the profit from rising market values and reinvest the proceeds in bonds that fit their objectives.

They are rewarded for their past wisdom and maintain the primary objective of keeping their interest clock ticking. Perhaps they’ll find themselves in a similarly advantageous position down the road.