With the ink barely dry on a new law limiting municipal bonds, there’s movement afoot in Congress to reverse course, and the administration is even looking to expand the use of munis as a linchpin in its new infrastructure plan.

Seems it’s dawned on our political leaders that the financing tool created to help build the country can be instrumental in rebuilding it going forward.

Why the U-turn on municipal bonds?

Despite years of being in the crosshairs of some in Washington, numerous state and local finance officials have urgently lobbied Congress to maintain the tax exemption on interest income from munis, arguing it reduces taxpayer borrowing costs for essential public works, (“Attacking Certain Munis Imperils Infrastructure Goals”).

Advance refundings, which comprise about 22% of the muni supply, enable issuers to refinance debt to lower their borrowing costs. 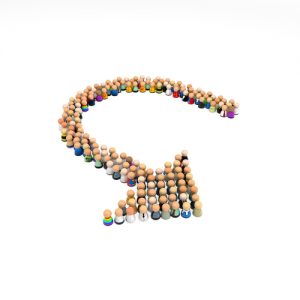 When the dust settled, it was inevitable there would be an outcry, and earlier this week a bipartisan team of the House Municipal Finance Caucus introduced a bill to reinstate advance refundings.

Rep. Randy Hultgren, of Illinois, said his state saved $80 million last year through advance refundings, while another House member, Dutch Ruppersberger, said the bonds save his state of Maryland almost $37 million each year.

Meanwhile, the Trump administration is looking to expand the eligibility of PABs and eliminate the state volume cap on them as a key component of its bid to spur investment in infrastructure.

Officials envision them being used for new hydroelectric power generation facilities and for such projects as rural broadband, flood control and storm water.

The plan is a sharp departure from just a few months ago, when the House chairman of the Ways and Means Committee said he’d consider preserving private activity bonds but wanted to limit their use.

Fast-forward to today, and the tone is much different. For example, Hultgren said advance refundings should be called “refinancing to save taxpayer dollars,” while private activity bonds should be named “public good bonds.”

Although it’s a long way for these proposals to be enacted, no one who understands how important projects are financed is surprised by this about-face on municipal bonds. More shocking were the proposals to curtail them.