Yellen’s Appointment and How the Muni Bond Market Might Fare

Investors looking for clues on how the muni bond market might fare during the Biden administration are zeroing in on the nominee for Treasury Secretary, Janet Yellen.

Yellen, who formerly served as chairwoman of the Federal Reserve, has a lengthy relevant public record to examine. In recent remarks from last summer, for example, she strongly backed federal aid to local governments strained by the effects of the pandemic. 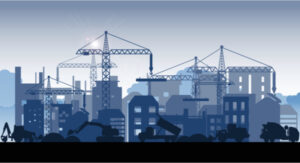 “Congress should provide substantial support to state and local governments. These governments are on the front line in providing critical services, including first responders, public health, education, and public transportation,” she said in July, in remarks to the Select Subcommittee on the Coronavirus Crisis.

“The enormous loss of revenue from the recession together with the new responsibilities imposed by the response to the pandemic has put their budgets deeply in the red. With limited capacity to run deficits, these governments will have to lay off workers and limit essential services unless they get federal help.”

Yellen also appears to back the emergency lending programs ended by the Trump administration.

The Municipal Liquidity Facility, for example, expired Dec. 31 and was ordered shut down by Treasury Secretary Steve Mnuchin.

The Fed established the program in April to directly purchase up to $500 billion of short-term notes from state and local governments. Issuers however, were put off by its relatively high borrowing costs, narrow eligibility requirements and limited maturity period. It drew scant interest.

We support extending the program (“Beef Up the Municipal Liquidity Facility”), with improvements.

In remarks earlier this year, Yellen indicated her support for the MLF and other, similar programs for businesses.

Although they didn’t, at the time, extend much credit, simply announcing the programs “largely stabilized” the corporate and municipal bond market, she said.

“Of course, if these markets seize up again, the Fed’s programs can extend credit,” Yellen said.

Yellen and current Fed Chair Jerome Powell have both indicated they believe in having extensive resources available, even if they’re never ultimately fully deployed.

We support efforts to lend a hand to state and local governments, and we hope the Biden administration does, too.

As usual, we will continue to stay abreast of news relevant to the municipal bond market.

Individual investors, meanwhile, should maintain their primary focus, as always, on keeping their interest clock ticking.