Individuals aren’t the only investors swarming to municipal bonds. For the first time in at least five years, top insurers are boosting their muni bond holdings.

By the end of last year, 13.5% of the investable assets of property and casualty insurers were in municipal bonds. The value of those bonds was $271.47 billion, up $11 billion compared to 2019, according to S&P Global Market Intelligence. 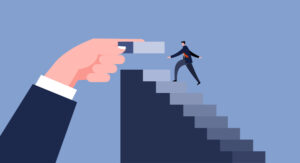 Within the insurance industry, property and casualty companies hold the largest share of municipal bonds and are among the largest direct institutional investors in the market.

The inflows mark a U-turn for these insurers. Since at least 2016, property and casualty companies were reducing their positions, although they’ve remained a significant part of their investable assets, S&P said.

The firms’ renewed interest in munis is in line with the voracious appetite of other investors. So far this year, an estimated $49 billion has flowed into municipal bond funds.

Why insurers are boosting their muni bond holdings

Traditionally, municipal bonds have been a core part of insurance companies’ portfolios. These large firms have favored municipal bonds for the same reasons individual investors do: They generate tax-free income from highly secured credits.

Today, conditions for investors of all stripes are particularly attractive.

Despite initial fears, the pandemic didn’t devastate state and local government finances. As we noted (“State and Local Finances Closer to a Boost”), the economic downturn was unlike other recessions. Studies showed most states were able to fully absorb the economic impact and revenues of many were virtually flat in 2020 vs. 2019.

Also, the American Rescue Plan, enacted by President Biden in March, gave a lift to local governments. In May, the Treasury Department said county governments would receive $65.1 billion in aid, while cities would receive $45.6 billion.

Back in September, we shared our views on why we expected investors to pour into the market (“Looking for a Flight to Municipal Bonds”). Events have confirmed our thoughts.

But we didn’t use a crystal ball to arrive at our assessment. We deployed common sense and insight gained over five decades helping investors navigate the market.

In many ways, the goals of individual and large institutions are similar. Both never lose sight of maintaining their flow of tax-free income. Also, they know that with a little digging, they can always find value in the municipal bond market commensurate with their goals.

These are the universal, immutable truths of successful bond investing.